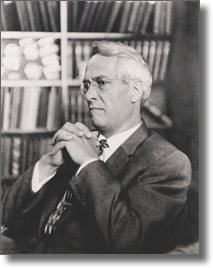 In 1974, the RCBA established a Meritorious Service Award to recognize those lawyers or judges who have, over their lifetimes, accumulated outstanding records of community service beyond the bar association and the legal profession.

The Meritorious Service Award was named for James H. Krieger after his death in 1975, and has been awarded to a select few RCBA members that have demonstrated a lifetime of service to the community beyond the RCBA. The award is not presented every year. Instead, it is given only when the extraordinary accomplishments of particularly deserving individuals come to the attention of the award committee.

The award is intended to honor the memory of Jim Krieger, and his exceptional record of service to his community. He was, of course, a respected lawyer and member of the Riverside bar. He was a nationally recognized water law expert. But, beyond that, he was a giant in the Riverside community. He was known and respected in too many community circles to name (See the great article by Terry Bridges in the November 2014 issue of the Riverside Lawyer magazine). The past recipients of this award are all known and respected by the community at large. A list of all recipients is shown below.

Those eligible to be considered for the award must be (1) lawyers, inactive lawyers, judicial officers, or former judicial officers (2) who either are currently practicing or sitting in Riverside County, or have in the past practiced or sat in Riverside County, and (3) who, over their lifetime, have accumulated an outstanding record of community service or community achievement. That service may be limited to the legal community, but must not be limited to the RCBA. Current members of the RCBA Board of Directors are not eligible. Nor are the current members of the award committee.

Nominations are solicited in the spring of each year. For information on how to submit a nomination, please contact the RCBA at 951.682.1015.